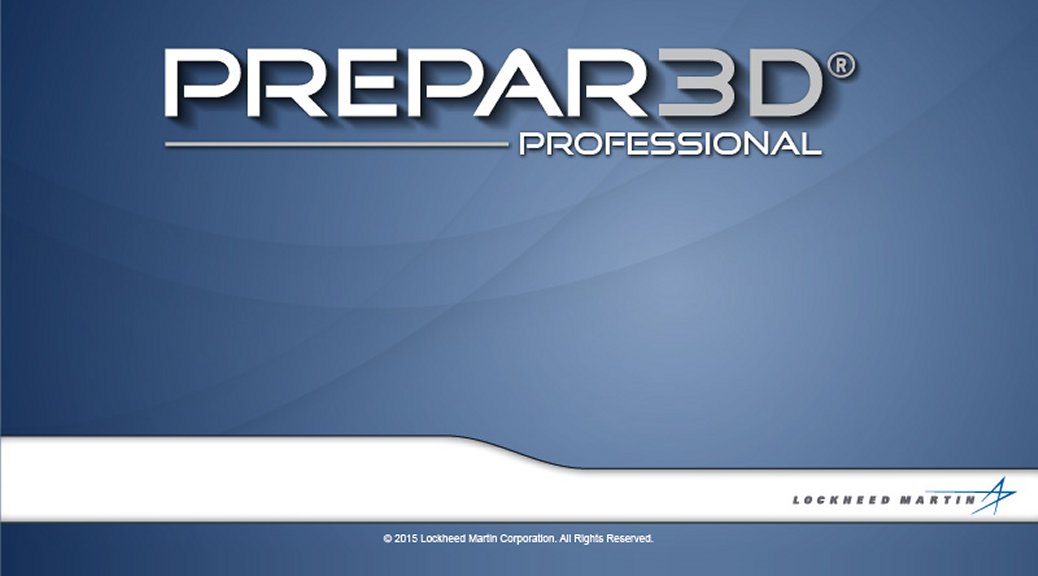 Lockheed Martin’s Prepar3D (P3D) is the result of continuing development on the ESP components of Microsoft’s Flight Simulator 10 (FSX). Lockheed Martin even hired some members of Aces Studios that originally created FSX. The first version of Prepar3D was released in 2010, three years after the last FSX update. Now, Prepar3D v3 (released in September 2015) represents the latest in furthering the FSX bloodline.

ESP is basically an extension of the Microsoft’s simulation application, allowing it to be built for different purposes. In the case of Prepar3D, it is training scenarios, combat engagements, scripting, and more across air, sea, and land craft. What is more interesting to us flight simmers is the added features such as (High Dynamic Range (HDR) lighting, DirectX 11 support, better stability, and considerably less VAS usage. All of this while supporting most FSX add-ons and aircraft makes Prepar3D worth taking a look at.

NOTE: There is also a “newer” version of FSX available on the Steam network. This should not be confused with Prepar3D. The FSX:Steam Edition is a rebirth of FSX by Dovetail Games and offers some small improvements and the re-inclusion of multiplayer.

This software was purchased directly from the Prepar3D website in November 2015. One big consideration for using Prepar3D is the licensing and price. There are a few different licenses available, depending on use:

Because Lockheed Martin bought all of the commercial-use rights to ESP, there are strict restrictions on the use of Prepar3D. The biggest is that it cannot be used for “Personal Consumer Entertainment”. It can still be used for simulation and training, and that is my intention. I did not need the military part of Plus, but did not want the watermark, so I chose the Professional license.

After purchase, I received an email with the activation information which validated itself online.

There are no drivers or manuals.

TIP: Do not install Prepar3D into the default C:\Program Files (x86) folder as Windows puts special security permissions on it that will cause you many headaches later. Install it elsewhere, such as C:\P3D, or even better, to another drive on your PC.

TIP: P3D is still a 32-bit program, but the community recommends using the Windows 7/8/10 64-bit Operating System for its superior memory management and is better supported than Windows XP or Vista.

Installation is pretty straightforward. Run the Setup.exe and choose a directory for the files.

Prepar3D operates very similar to FSX, and you will recognize many of the menus and options. The “Flight School” does not exist in Prepar3D, and Flights are called Scenarios, but the rest is very familiar.

The Settings section allows you to control the graphics, sound, control inputs, realism, and scenery to a pretty granular level. From the level of aircraft and terrain details (autogen) to shadows and Artificial Intelligence (AI) air, sea, and road traffic levels, Prepar3D has many sliders and values a user can adjust to their preference or PC hardware capabilities.

Prepar3D visuals are based on DirectX 11 (DX11) support and will use more advanced graphic features on newer video cards. The most noticeable of which is the additional lighting/shadows. Clouds cast them on the terrain and your aircraft, along with active shadows in your virtual cockpit. Water reflections and autogen look more three-dimensional, and more built-in post-processing is available in Prepar3D such as FXAA and MSAA texture filters. Hardware Tesselation can be enabled to support the HDR, improved terrain paging, and smoother frame rates when using high-end video cards.

There is a Local Area Network (LAN) multiplayer component, but I have not tried it. They also added an Avatar Mode in v3 which allows you to walk around as a person on the ground and enhanced bathymetry (underwater elevation data) if you decide you want to drive a sub underwater.

ATC is the same as FSX, albeit with a different looking menu thanks to the new ScaleForm support added with Prepar3D v3.

I was able to install Prepar3D compatible versions of some of my favorite add-ons. All of them installed without any issues. These include:

Since my test machine did not have FSX installed, I needed to install all three versions of SimConnect to get the PMDG and FSUIPC to work correctly. Luckily, these programs are included in the redist folder when you install Prepar3D and can simply be executed.

Unlike FSX, there is very little tweaking required with Prepar3D. Edits to the .cfg file are basically unnecessary. The FSDreamTeam Addon Manager with GSX offered to update a few configuration settings, which I did, but I did not notice much difference than before.

There was an issue with the rudder axis when testing Prepar3D v3 with my Saitek X52 joystick, but I solved this by using FSUIPC 4.948 for all axes. I also noticed that I cannot send ATC_MENU_# FS controls via keyboard commands to Prepar3D v3 using FSUIPC. I am hoping this will be fixed in later patches.

Lockheed Martin actively supports their customers via an online Learning Center, FAQ, and Support Forum. Prepar3D is also very prolific in the various Flight Simulation online communities. I have had no issues and have not needed to contact support.

As the third full installment of Prepar3D, v3 is ready to rock right out of the gate. The stock selection of aircraft is definitely mostly military based, including the newly acquired Sikorsky fleet, but there are still some private planes like the King Air 350, Bonanza A36, Maule M7, Mooney Acclaim and Bravo with the Garmin G1000, and Piper Cub. They work closely with Carenado, so most of their planes are compatible with Prepar3D. Also, most default FSX planes can be imported into Prepar3D, but may require a little extra work.

The flight dynamics modelling feels like FSX, and the graphics look very close to FSX SP2 until you turn on/up the new features. The lighting and shadows are the first thing to jump out at you and it is glorious! Prepar3D also runs much smoother and struggles much less to maintain higher frame rates than FSX. And, the best part, I have yet to run out of VAS during long flights!

I am a bit disappointed that Prepar3D is still a 32-bit application, but I would imagine moving to 64-bit would require an immense amount of work. Luckily, if anyone has the resources to do it, it is Lockheed Martin.  Ultimately, I feel I will be moving to Prepar3D for the foreseeable future, even if it is quite pricey. For these reasons, I give Lockheed Martin’s Prepar3D v3 a score of respectable 9 out of 10.