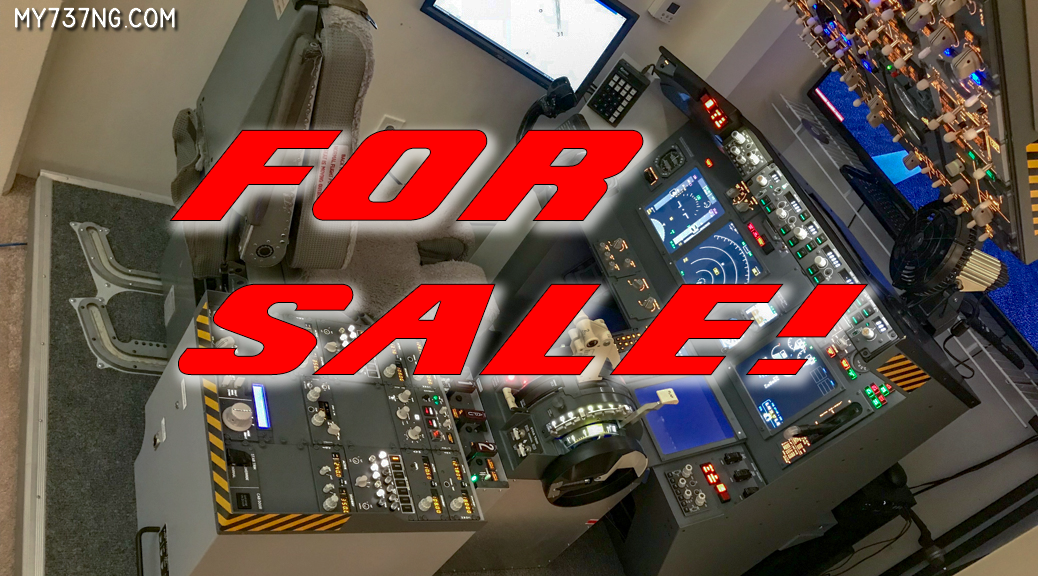 UPDATE: The sim has been sold! The following is for historical purposes.

I started the sim build back in 2013 and opened this site in 2014. Even though the physical simulator provided me with countless hours of entertainment over the last few years, I hardly used it for much of 2017. To be honest, I was hoping my flying friends would join me in the cockpit, but that never really materialized.

An opportunity came in January 2018 when another enthusiast contacted me through this site. He was looking for assistance in building a sim just like mine. Since I wasn’t using mine very much, I asked if he would be interested in buying mine. He literally jumped on the offer the next day.

He purchased the entire sim and I shipped it to San Francisco, California USA. I then flew out to his home to set it up for him, and it turns out, I think he might be an even bigger aviation nut than me! I then visited the sim a month later to install his new motorized TQ, cooling fan, and remote power switch. When I left, the cockpit was working better than ever!

The following items were included with the purchase:

Both “day/night” photos are included below during a Lights Test. Many other photos of the sim can be found throughout the site as well.