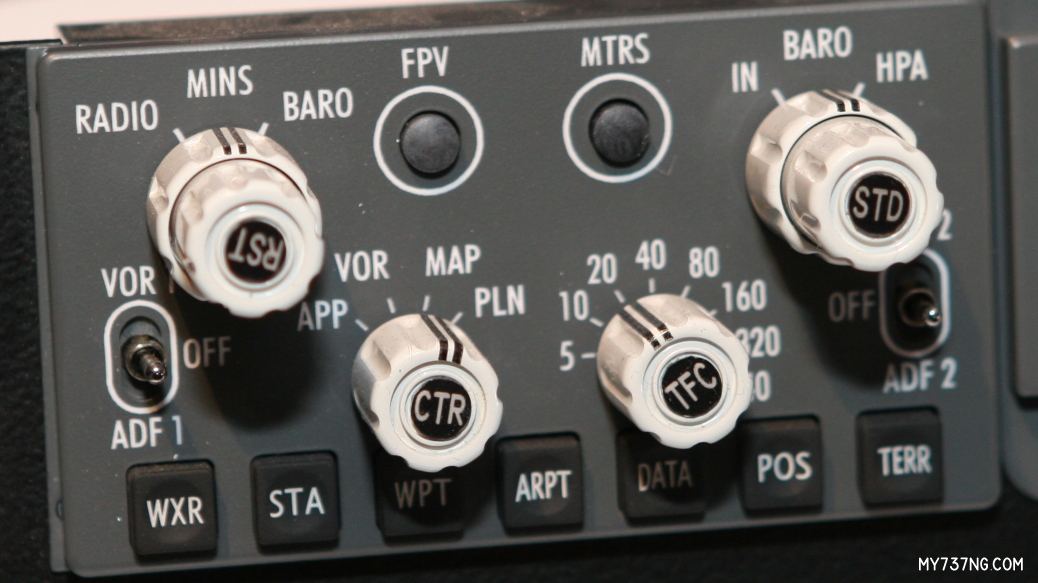 The CPFlight EFIS 737 Pro (EFI737PRO) is a cockpit hardware device for flight simulation designed to replicate the Electronic Flight Information System (EFIS) panel found in Boeing 737 NGs. CPFlight is based in Italy and the product was shipped to the United States.

IMPORTANT! The CPFlight EFI737PRO module requires the CPFlight MCP737PRO to operate. I based this review on the MCP as both resulted in a similar experience.

$47 – Optional desktop bracket (holds one EFIS and the MCP)

$54 – US Customs TOTAL for MCP, EFIS, and desktop bracket

This item took a few days to ship after ordering as they were waiting on a back cover for the EFIS to come back from powder coating. It was shipped via UPS and arrived 6 days later. However, since I was not home to pay the U.S. Custom charges, it took another day to receive. UPS drivers only accept Checks & Money Orders for these charges, no cash or credit/debit cards.

TIP: For international deliveries arriving in the US. A little known time-saver is to call the UPS Billing Center at 866-493-7140 after the package clears customs (check your package tracking to determine when it is released from Customs). The Billing Center uses your tracking number and can process a credit/debit card over the phone to pay the customs charges. Within an hour or so, they notify the driver and clear the package for delivery.

The EFIS and MCP were in plastic bags, placed in cardboard holders, and covered with packing peanuts. This was all inside a fairly heavy-duty cardboard shipping outer box marked FRAGILE. The exterior shipping box did exhibit some minor evidence of a rough trip, but the major components within were not damaged. The desktop bracket arrived in a separate box, but at the same time.

Overall, I am satisfied with the packaging CPFlight used to protect the item in transit as shipping anything overseas is not a delicate experience for anyone.

No drivers are required as it uses the CPFlight MCP 737 PRO to communicate.

The manual was in English, simple and easy to follow, and included graphical depictions of the device and usage. It references the CPFlight website for any additonal information and current compatibility. Panel dimensions (111mm x 61mm x 31m) and a template for cutting a custom hole for mounting are included. You may note that this is a little smaller than a real Boeing EFIS, which is 115mm x 62 mm.

The EFIS is completely assembled out of the box. The optional desktop bracket included a set of stick-on rubber feet and the EFIS fit perfectly into the bracket. It is held into place from behind the panel with a U-shaped bracket and two small nuts.

A 5-pin cable is included to connect the EFIS to the MCP. Since I ordered the EFIS with the MCP, I am not sure which one included the cable. However, this cable is the only connection required to hook up the EFIS.

There are actually two 5-pin sockets on the back of the EFIS to connect additional CPFlight devices via a daisy-chain. It does not matter which one you use to connect it to the MCP.

A small jumper is also located on the back to tell the EFIS which side it is operating as, Captain (left) or Flight Officer (right). By default, it is set to Captain.

The EFIS only works when connected to the CPFlight MCP 737 PRO.

NOTE: Only connect the EFIS or any other CPFlight module to the MCP when it is not powered or connected to USB.

Once I got the drivers and configurations situated for the MCP, I loaded up my PMDG NGX and began to test the EFIS functionality. Everything worked exactly as per the on-screen EFIS and every action updated the on-screen PFD/ND displays correctly.

The backlighting of the EFIS is controlled by the MCP and uses those settings.

I had numerous email exchanges with Claudio at CPFlight before purchasing this product. He communicated in English, answered quickly, and was always friendly. When I had a few support questions about the product after delivery, I received a response from Paulo, who was much the same. I’m taking a leap here, but my guess is Claudio and Paulo make up the CP in CPFlight.

After completing a few flights with the CPFlight EFIS 737 Pro, I quickly realized that being able to adjust the EFIS without touching the mouse is just as rewarding as using the MCP. After adapting from a clicking a mouse to physically touching hardware, I can now make EFIS changes without having to take my eyes off the outside view.

The hardware itself is top notch. The construction is solid and has a great feel to it. The faceplate and knobs are plastic, the mount, bracket, and backing cover are metal. No electronics are exposed. The rotaries are responsive and the data buttons along the bottom have nice, positive feedback.

The backlighting is dimmable LEDs which spread the light fairly evenly and are more warm than cool white. The faceplate is plastic, but the graphics are accurate and completely legible. When the EFIS is next to the MCP, the backlighting brightness is slightly dimmer than the MCP, but is not distracting.

Like the MCP, I am especially satisfied with the true-to-life concentric rotaries found on the EFIS. Comparing this device to the actual Boeing counterpart, the outer MINS and BARO rotaries are not just two settings as in the real thing, but self-centering with selections to the left and right. Also, on the real EFIS, the knob labels (RST,CTR,TFC, and STD) are separate and do not rotate. With the CPFlight EFIS, these are attached labels and rotate with the knob. One last thing to note is the size difference; this EFIS is not full size, but a few mm smaller than the real Boeing one. These notables do not ruin the experience or effective operation; I just like to mention what I’ve learned is different from the real cockpit equipment.

A huge decision to go with the CPFlight hardware is the ability to daisy chain multiple other CPFlight modules from the MCP (such as both EFIS and many panels in the pedestal) and still only use one USB cable to the PC. These are features you simply do not find on most other similar products.

I did not have any issues installing or using the EFIS and it has performed beautifully. Like the MCP, this is another fantastic addition to any 737 desktop/cockpit flight simulation user and should be first on your list when considering an EFIS. For these reasons, I give the CPFlight EFIS 737 Pro a score of 10 out of 10.

UPDATE: I enjoyed this EFIS so much, I actually purchased a second one for the FO side, if I ever get that far. It works perfectly with my ProSim737 Avionics Suite.