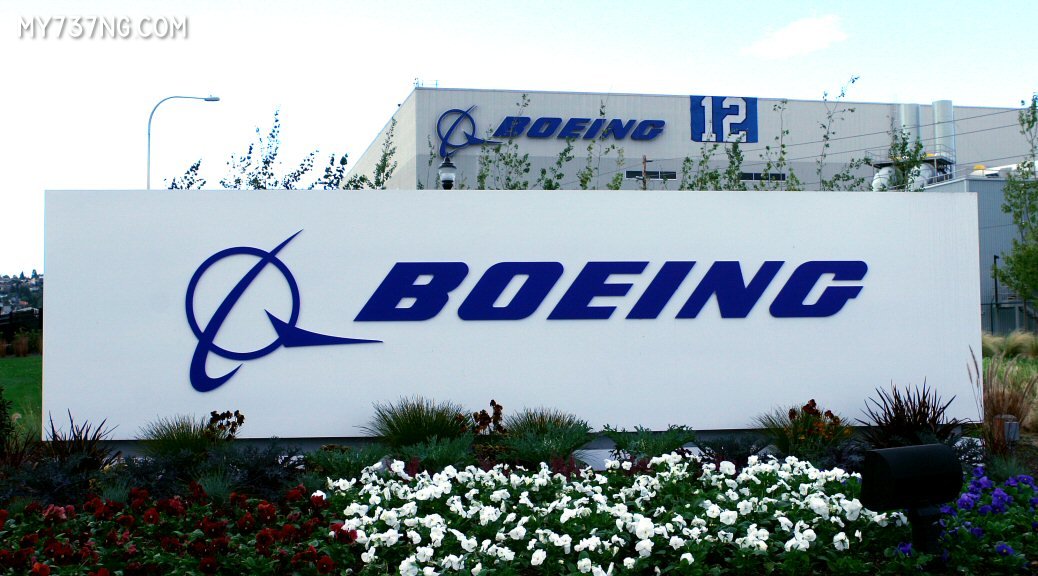 Since my home cockpit simulator is based on Boeing Commercial Aircraft, it seemed appropriate to take a trip up to Washington state to visit the birthplace of The Boeing Company itself, take in some history, and glimpse a bit of the future.

Back in 1909, at 28 years old, William E. Boeing saw his first manned flying machine in Seattle. He instantly became fascinated with flight, bought a Martin TA trainer seaplane, learned to fly, and even built a hangar for it on Lake Union. Boeing eventually crashed that seaplane, but thought he could build a better one anyway. A few years later, Boeing teamed up with his navy engineer friend, Lt. Conrad Westervelt, created the Pacific Aero Products Company, and built two of these new B&W seaplanes in this hangar.

When the US entered the first World War in 1917, Boeing received orders for 50 planes from the US government and changed the business name to The Boeing Airplane Company. Production was moved to a second, larger factory near the Duwamish Waterway south of Seattle. Entire seaplanes were built in building No. 105, or the “red barn”. Saved from demolition, the barn was moved to the Museum of Flight next to Boeing Field/King County International Airport (KBFI) for safekeeping.

Boeing originally operated their own airline as well, but due to the Air Mail Act of 1934, split into three companies: Boeing Airplane Company, United Aircraft Corporation, and United Airlines. All three are still in business today. In 1961, the parent company became The Boeing Company and retained this name after the big merger with McDonnell-Douglas in 1996.

The Museum of Flight showcases this and more. It covers the entire history of flight, from the Wright Brothers to outer space. Inside the museum are hundreds of informative displays and exhibits. It also houses many full-size replicas and authentic pieces such as a SR-71 Blackbird and Apollo spacecraft. Of course, my favorite was the forward half of an early USAir 737.

There is also a small air park outside the museum that holds other historic aircraft such as a B-17, an Aérospatiale-BAC Concorde, and the first US Presidential aircraft, a Boeing 707-120. The last two you can actually enter and walk through.

The Museum of Flight is a great place to visit and gives you a lot of background on Boeing and other pioneers in aerospace. There is even a small airport tower you can sit in and watch the active runway at KBFI as planes take off and land.

Our next stop is the Boeing factory in Renton. This is the home of our beloved 737. Situated next to Renton Municipal Airport (KRNT), this is where every 737 has been assembled since its first flight in 1967.

Boeing doesn’t allow public tours of the Renton plant, so I took what pictures I could from outside the plant and at the adjacent airport. I also found a photo online to give you an idea of the interior.

The Boeing 737-800 is also the platform for the US Navy’s P-8 Poseidon used for anti-submarine/anti-surface warfare. I was lucky enough to capture one on the Renton airfield.

The green film you see on new Boeing aircraft is a type of plastic used to protect the metal until it is painted. However, the control surfaces, such as the rudder, are painted in advance so they can be weighed and balanced.

I spent hours at the Renton airport just watching air traffic go by. It sits right up against Lake Washington, so land and sea planes are abundant and fun to observe.

As an aviation enthusiast visiting Seattle, I had to visit the massive Boeing factory at Paine Field/Snohomish County Airport (KPAE) in Everett. This is where you can find the Future of Flight Aviation Center and Boeing Tour.

The Aviation Center is a medium sized building hosting a few displays, exhibits, and the official Boeing Store. There was an old 727 cockpit you could sit in along with a few other passenger seating sections of newer planes.

The top floor of the Aviation Center is called the Strato Deck and provides a great view of the Boeing facilities and Paine Field.

South of the Aviation Center is the Dreamlifter Operations Center. These customized 747s ferry the pre-built 787 fuselages to the plant. There are only four in the world, so it is rare to see three of them here at once.

If you so chose, you can take the 90-minute factory tour. You can’t even think about bringing any camera, not even in your pocket, not even turned off. You are then whisked off by bus to the plant, down through underground tunnels, and up freight elevators to an observation deck high above the factory floor.

The largest building in the world, the Everett plant hosts roughly 40,000 employees covering 3 shifts 24 hours a day. It is so big, it would hold all of Disneyland and still have 12 acres left over for parking.  This is the size equivalent of 75 American football fields or 56 regulation soccer pitches.

There is no heating or cooling, they just open the massive doors for a breeze and use a million light bulbs to maintain comfortable temps for the employees. Back in the 1960s, clouds/precipitation would even form near the ceiling, so air handlers were installed to fix the problem.

The Everett facility currently produces the 747, 767, 777, and 787 airframes and we got to see all four assembly lines. The factory was pretty quiet on a Saturday, but the tour still goes by very quickly. It would be interesting to see when it is more active.

The 787 line was particularly impressive as the plane is mostly built out of carbon fiber. This makes it lighter and stronger, and means less pressurization and higher humidity inside for passenger comfort. They also did away with sliding window shades and used adjustable electrochromism-based smart glass to darken the windows while remaining transparent.

Coming full circle, back at the Museum of Flight, they actually had a real 787 Dreamliner on display. This was one of the first 787s ever built and was used for testing purposes. Keen eyes will also notice the Grumman A-6 Intruder sitting next to it.

The 787 cockpit is almost nothing but glass, even more so than the 777. It also looks much roomier than our cramped 737s!

The 787 engine cowlings even get the same treatment as the new 737 MAX. These chevron scallops around the rear bypass duct reduce engine noise by as much as 40%! These engines do not have bleeds as pressurization, anti-ice, and cabin temperature/air quality are controlled by electric motors and filters.

Overall, I had a great trip and learned a lot about Boeing and the planes they build. While I would have loved to spend more time on the factory tour, you still get an idea of what it takes to put these insanely complex machines together. And they just can’t make them fast enough. If you order today, it would be months or years to get one. Not a bad business to be in!