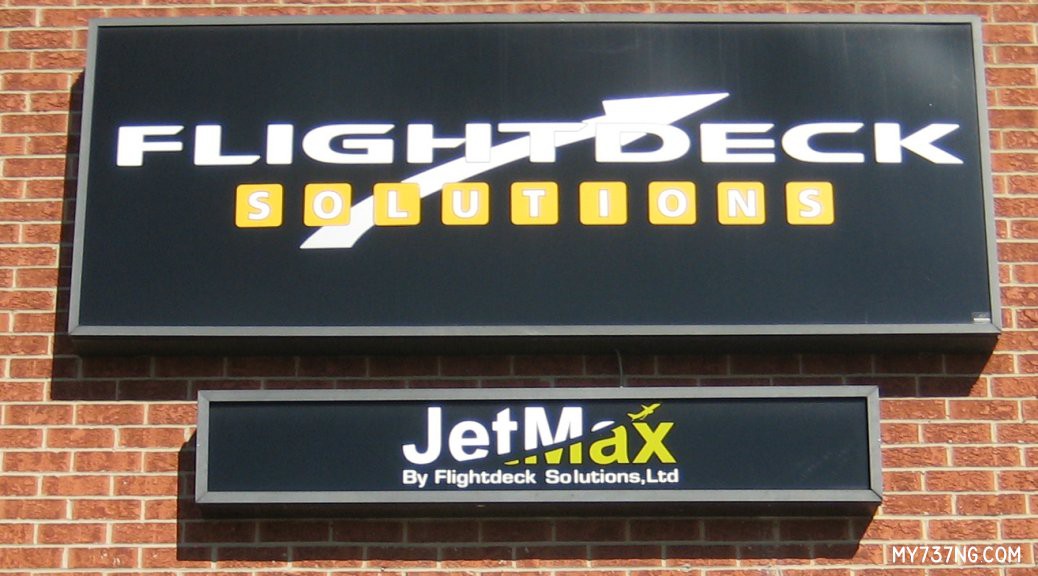 NOTE: I apologize for the minimal photos here, but it should be known that FDS does notjust build for enthusiasts and the wealthy. They also have many government/commercial contracts that they provide flight simulation products for. Therefore, I was understandably prohibited from taking pictures beyond the lobby. You can find those lobby images at the end of this post.

FDS is located in Newmarket, Ontario just north of Toronto. Quick tip: Toronto traffic is bad 24 hours a day, but the views on the drive north to FDS were spectacular.

Prior to my visit, I had exchanged a few emails with the owner of FDS, Peter Cos, and set up an appointment. They are an extremely busy bunch, but they carved out an afternoon where I could poke around and meet Peter and his brother, Steve.

When I arrived at FDS, I was greeted by Steve and Peter both. To me, if Peter is the brains of FDS, Steve is the heart. Peter runs the business side, and Steve is who you talk to for support. After some quick introductions and backgrounds, I joined them on a tour of the business. For one thing, it is astounding how much production they pack into such a relatively small space. It appeared that there were people working in every nook and cranny, yet each space is cleanly laid out for the specific purpose required such as construction/deconstruction, painting, finishing, wiring, programming, testing, shipping, and more.

I was immediately drawn to the nearly complete Airbus cockpit on my left. All the systems appeared to be ready, with only minor details left to perform. Beyond that was a JetMax 737 up and running and nearly ready to ship. Further down was the entire nose of a real full-size 737. FDS recently acquired it and will gut it, clean it, and prep it for some lucky customer.

On the right was a team of guys working on, among other things, Throttle Quadrants. This included a real TQ from a 737 that was being refurbished and wired for flight simulation purposes. It still surprises me how much of a real TQ is hidden under the cockpit floor.

Up the stairs we went to see another Airbus MIP being wired and tested, and some new MCP/EFIS products. Behind that was a crew working on wiring overhead panels and other bits. It was difficult to keep my hands to myself. Seeing it all being created in front of your eyes is a special reward. And just like that, we were done.

So much to take in, but I loved what I saw. They let me sit and fly around a bit in their Jetmax 737 setup in the lobby. Steve then did some testing of a Jetmax 737 overhead panel on the floor, with a little help from me. It was nice to feel the switches and see the starter cutout solenoids in action.

I got excited enough that I felt I needed to take something home with me right then. I asked if they had any 737 CDUs laying around I could purchase. They found one and I was ready to pull out my wallet when something very important happened.

Peter asked me, “Why?” I stumbled for a second. I had never had a company ask me if I should buy something from them.

Peter, Steve, and I then proceeded to have a lengthy discussion about home flight sims, purpose, and realistic expectations. Not even a year ago, I was happily flying around in FSX with just an old joystick, and now here I was hell bent on building the entire cockpit. We talked about true cost, as in the $100,000 range for a fully enclosed dual-seater. We talked about the need and limitations of building a single aircraft you will be stuck flying forever. And, how long the flight simulation euphoria lasts for most people. It was shocking for sure, but also enlightening and welcome.

I told them of my current Student Pilot training in the real world and they recommended I forget a simulator and finish my Private license. I respect that about them. And I put my wallet away.

I left the CDU behind, but left with a new understanding of what I want out of my own flight simulation experience. I went back to flight school, and the simulator is taking a back seat. Not forgotten, just a bit less encompassing of my time and money for a while. Now that I’m flying a real plane, I know what limits the simulator will have and where my priorities will lie in the future of this build.

I want to really thank Peter and Steve for their honesty and generosity during my visit to FDS. They showed me the pros and cons of building a home cockpit, including what makes FDS different from other companies. For example, when I saw their MCP/EFIS on the Jetmax, I realized that either theirs were bigger or my CPFlight was smaller. Turns out the CPFlight devices are smaller. FDS has it right all along.

If you want the closest thing to real, you cant beat FDS. They work closely with the aircraft manufacturers and are constantly striving to put out the best products they can. In return, they are not inexpensive. You do get what you pay for.

UPDATE – APRIL 2015: I stopped attending flight school after I sat down to do the math. It was going to cost me about $15,000 to get my Private Pilot License, then cost me around $140/hour to rent a C172 G1000 plane after that. A simple weekend trip to Las Vegas and back would cost me almost $2000 in rental, fuel, and parking fees. And that was before hotel, food, and entertainment! I did enjoy it, and was very good at it, but I needed to be realistic.

I have now turned my focus back on the cockpit simulator and ordered the JetMax SKTQ, CPFlight Complete Pedestal and Forward Overhead Panel, and more. In my own 737-800 simulator, I can fly faster, higher, and farther and do it anywhere in the world with no rental costs, FAA rules to break, or nagging passengers! And it has resale value if I ever change my mind down the road.

3 thoughts on “A Visit to Toronto – Flight Deck Solutions”